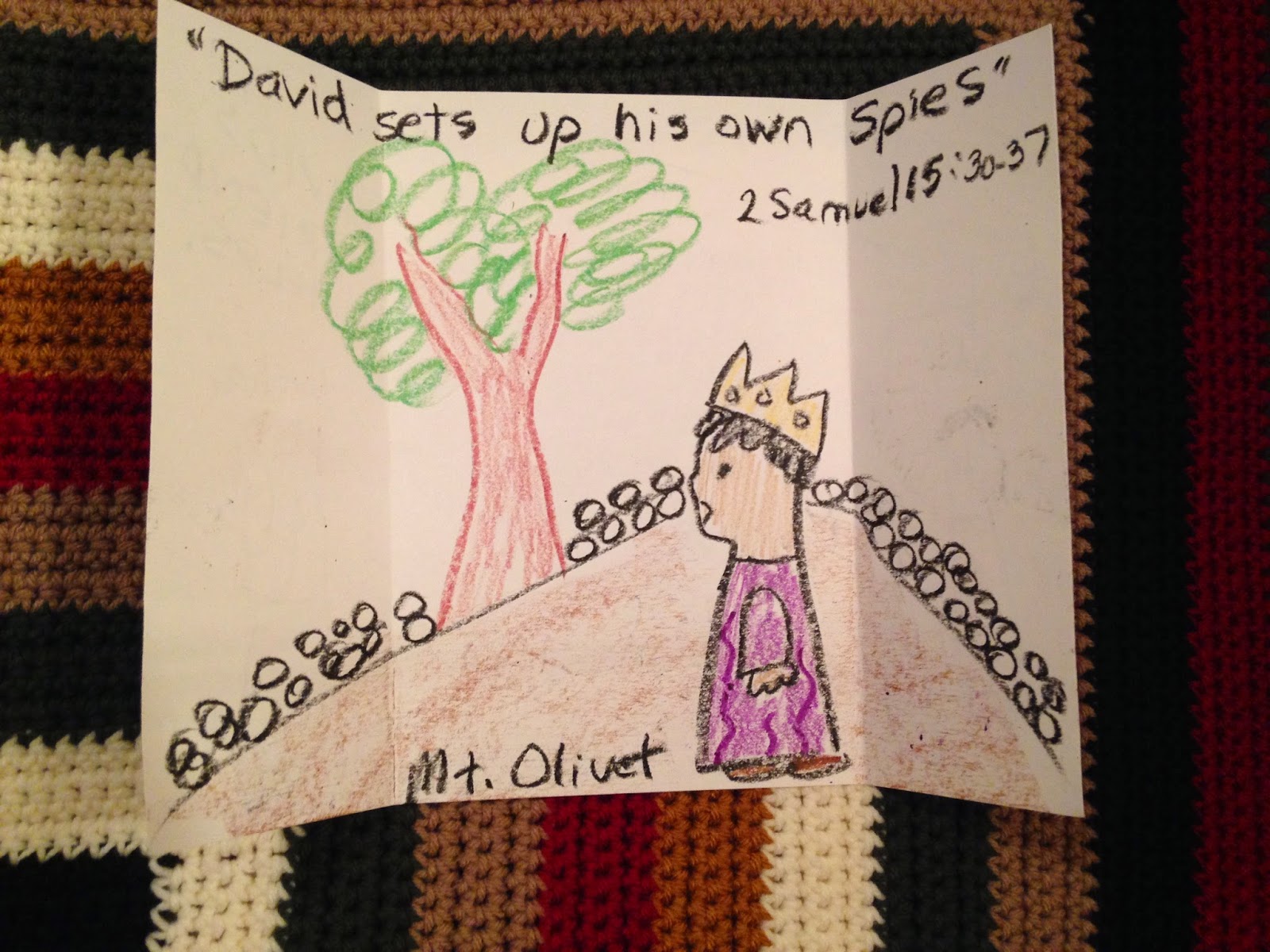 BOOK TO REMEMBER:   1 Samuel.  Write "1 Samuel" on small slips of paper and hand out to students at the end of class.

PRAYER:   May we always treasure and stay close to God and His Word. Pray that we never rebel against God.

SPECIAL SONG:   The Books Of The Old Testament (see March - Songs We Sing In Bible Class #3 on this blog)

VISUAL AID:   Whiteboard or Chalkboard Drawings of Activity below.