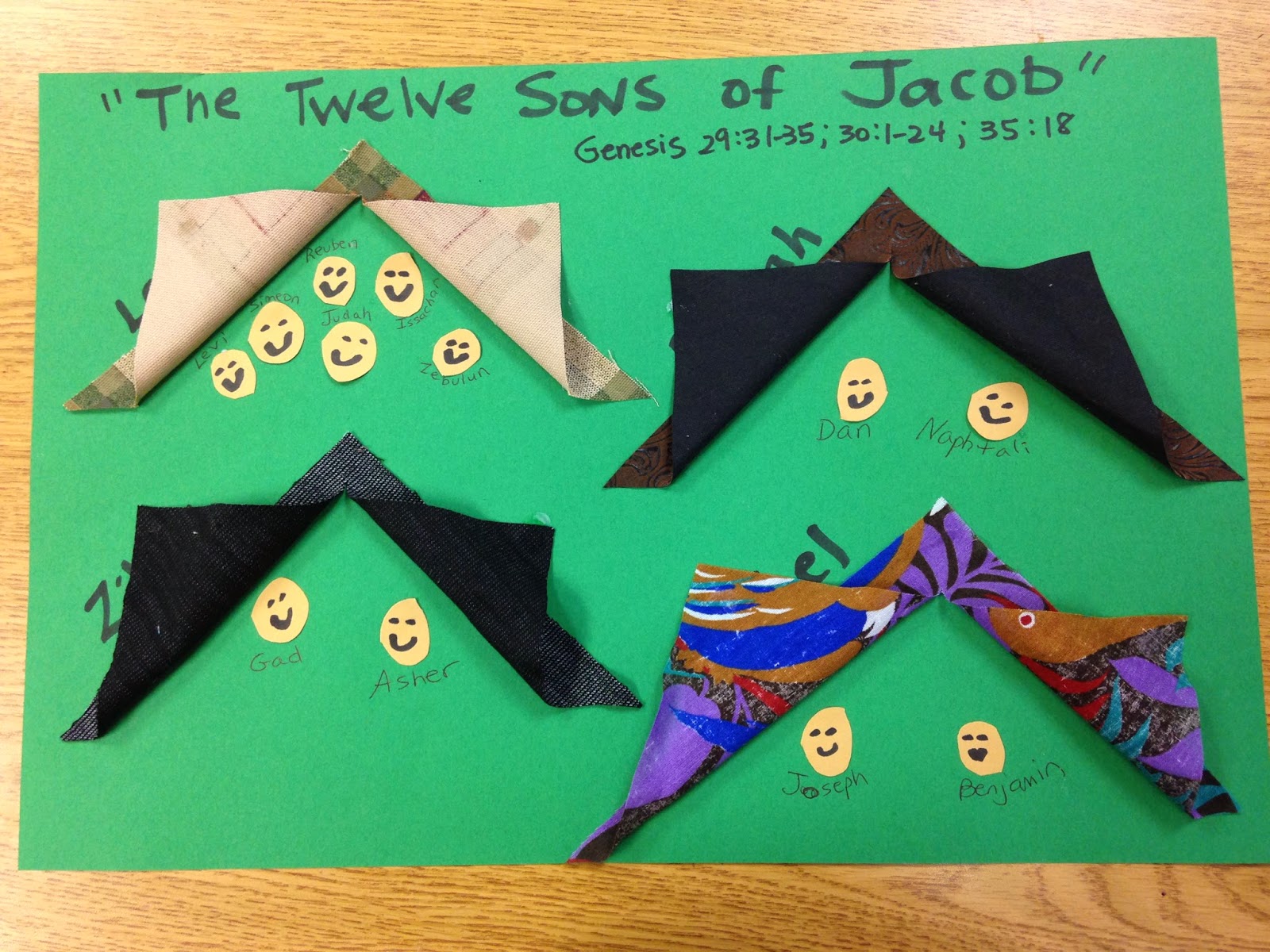 THE SONS OF JACOB
Reuben, Simeon, Levi, Judah,
Dan, Naphtali, Gad, and Asher,
Issachar, Zebulun, Joseph, and Benjamin,
Those are the sons of Jacob!
TWELVE!

VISUAL AID:    Four Tents  (For directions, read 'Activity" instructions below, but make it larger, perhaps on a 22" x 28" poster board.) 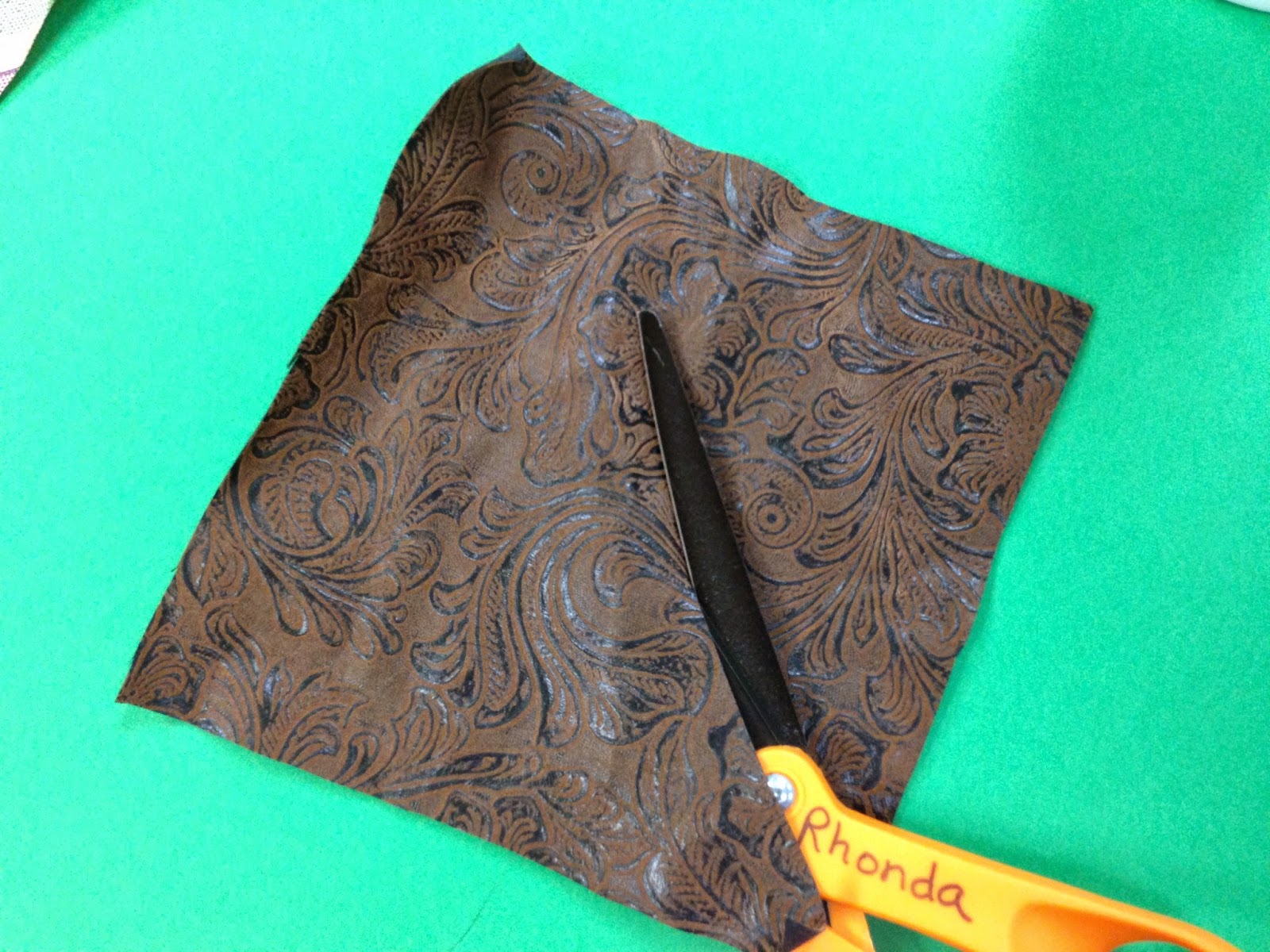 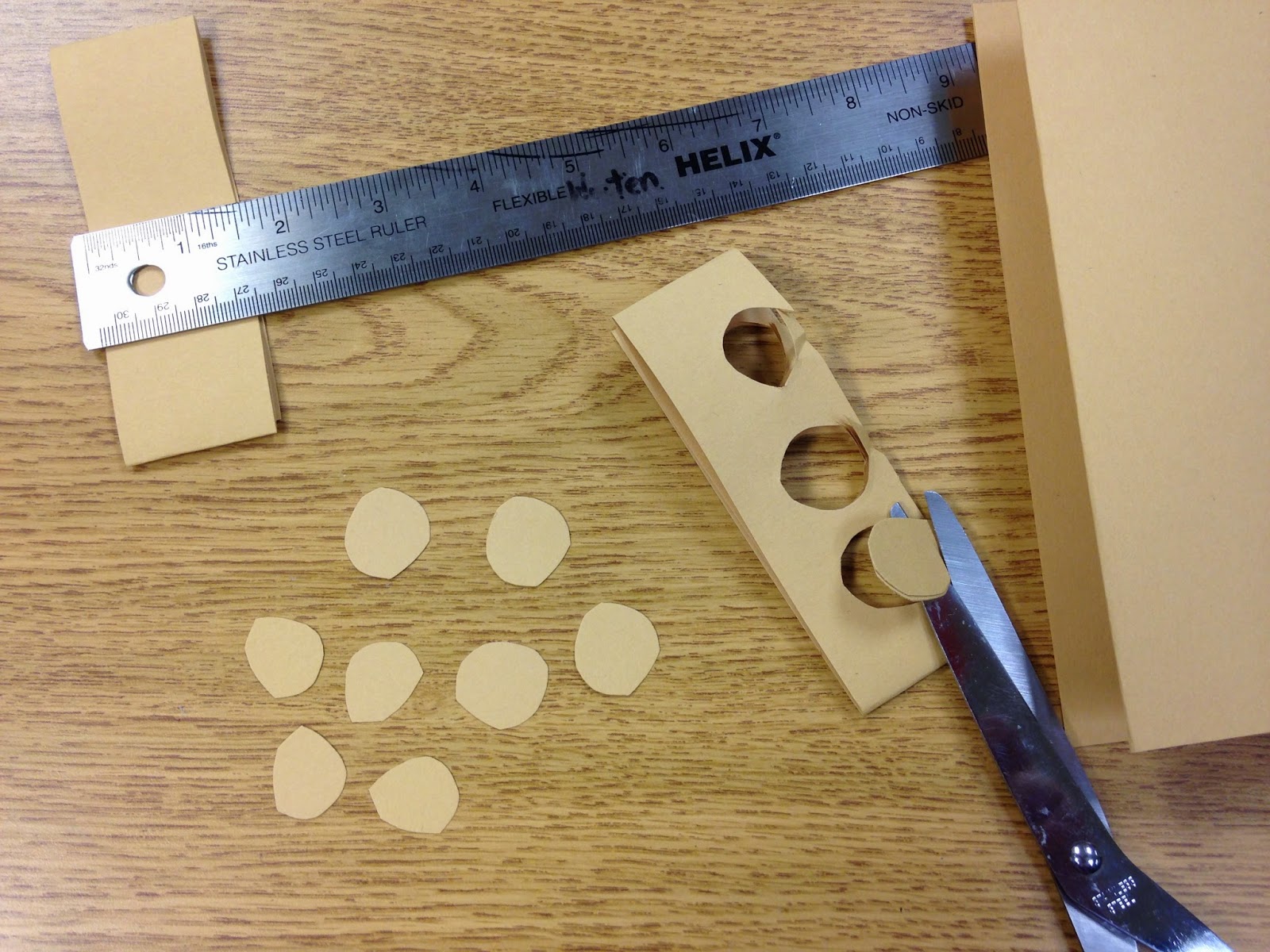 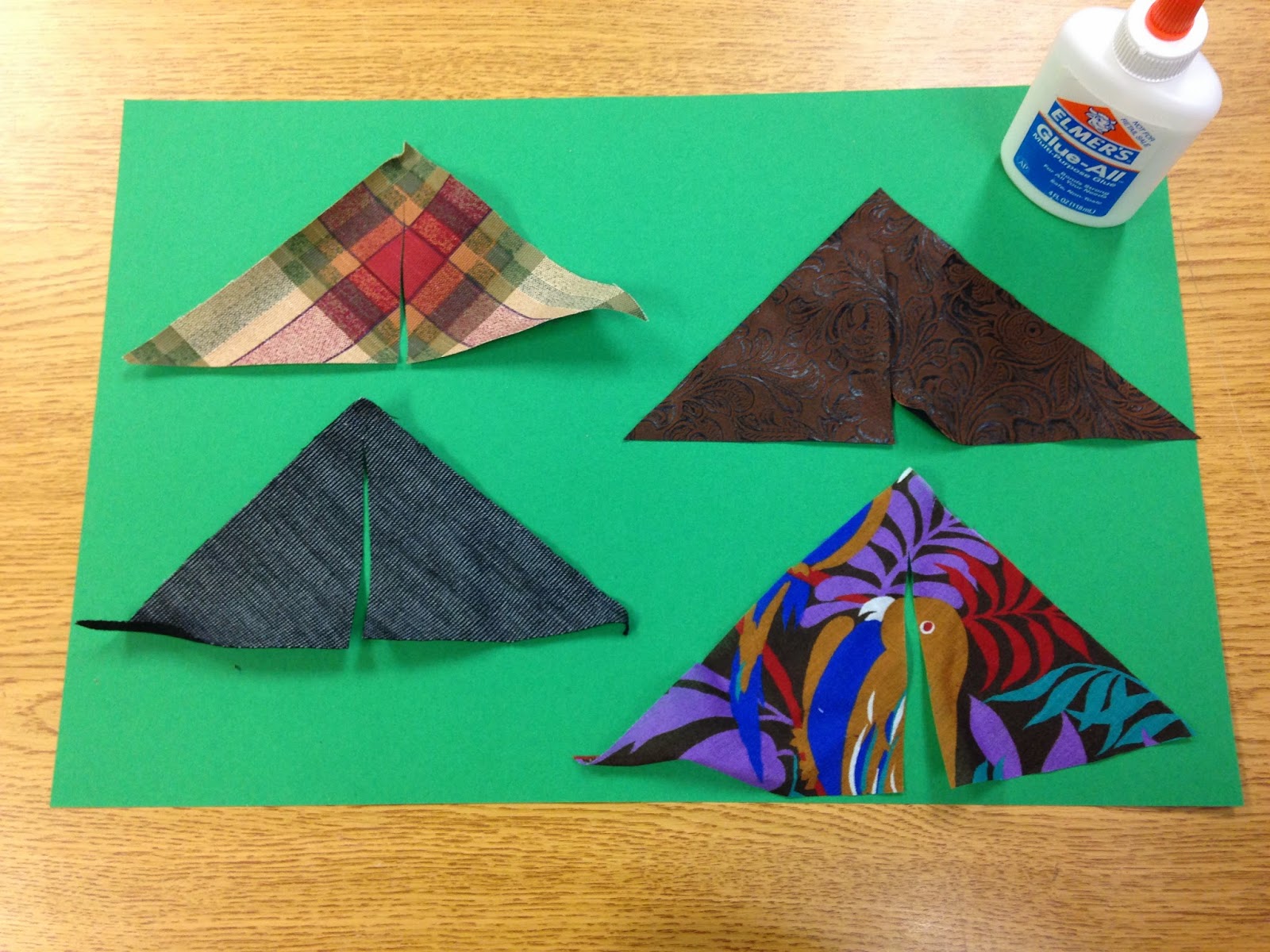 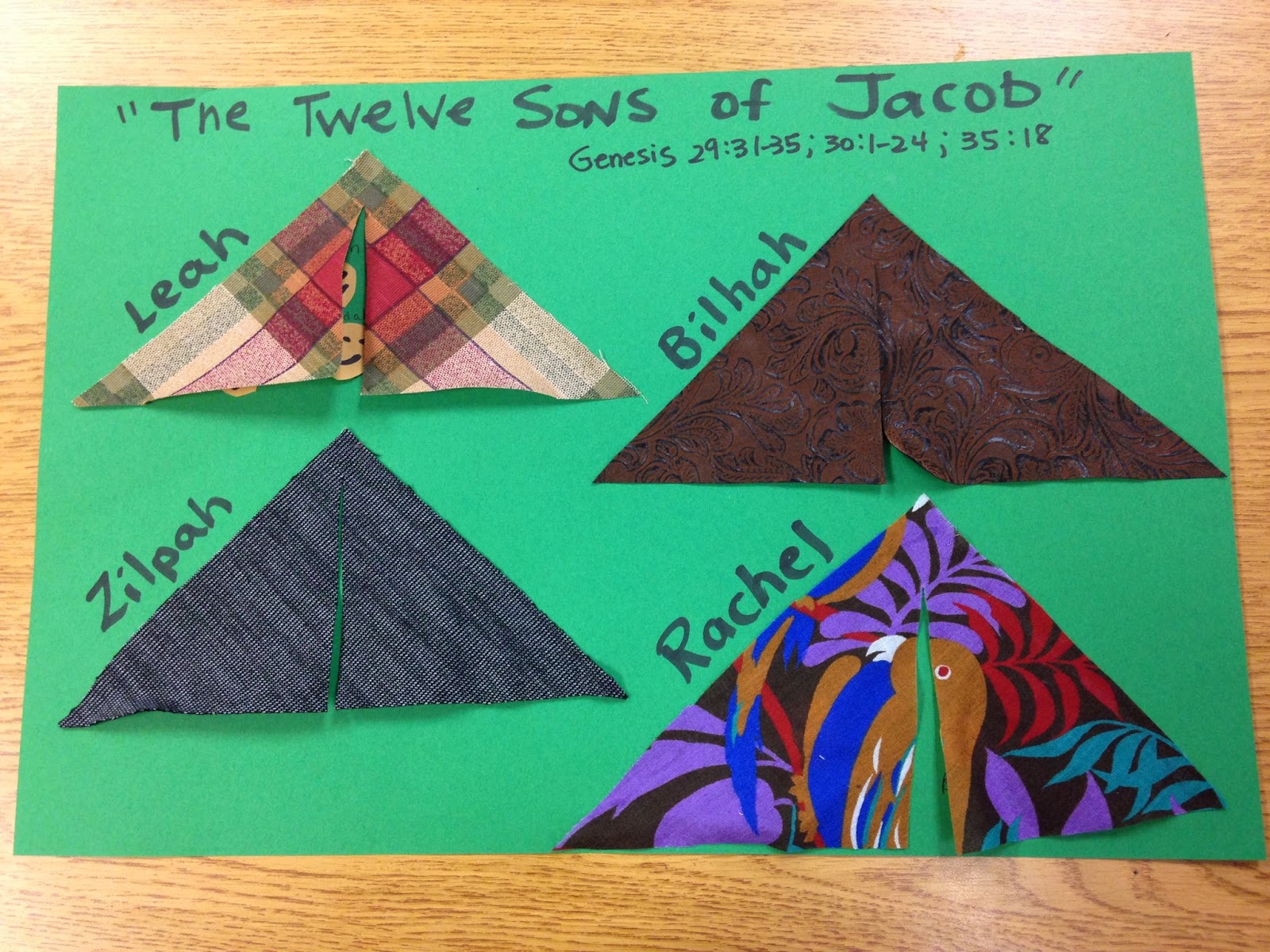